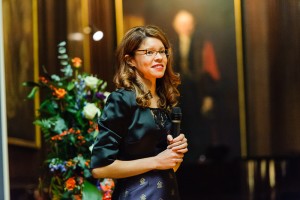 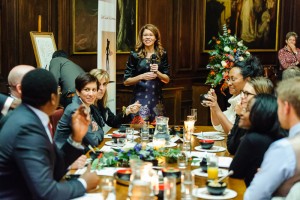 Justine Lutterodt FRSA is Director of the Centre for Synchronous Leadership.  She brings to her practice over fifteen years of experience working with senior leaders from professional services and Fortune 500 companies.  Her project work has been recognised for its innovative design and high impact, receiving BiTC awards in 2013 and 2014.

Justine specialises in coaching leaders at the top who identify as changemakers.  Through CSL’s Walk the Tightrope programme and A Step Ahead seminar series, she provides leadership insight and transformation to their teams, alongside a diverse cohort of changemakers within their organisation.  Justine also offers bespoke consulting and training to organisations with strong senior relationships.

Outside of CSL client work Justine is a researcher and international conference speaker.  CSL’s Mindful Exclusion initiative includes the largest study of employee network chairs to be conducted across gender, ethnic minority and LGBT strands. Justine’s thought pieces on ethical leadership have been featured in the World Economic Forum and in publications such as Huffington Post and City AM.  Additionally, she serves as Chair of the judging process for the Diversity Legal Awards, and Patron for Bright Stars – a grassroots charity supporting young people with autism.

Justine holds an MSc from LSE in Organisational Psychology and a BA from Yale in Maths and Philosophy, both with distinction.

I have been subject to many leadership programmes over the past 30 years but this experience has been the most outstanding.

She is a priceless asset to the field of management learning and a genuine innovator in creating a diverse and genuinely humane working environment.

Being a panellist for Lead Like a Woman was one of the most memorable experiences of my professional career.